Home > About us > Our School Sports Houses

There are four Colour Houses at Good Counsel Primary School. It is customary for families to be in the same House. Each house is led by elected captains, one male and one female. Inter-house sporting and other competitions are held throughout the year. 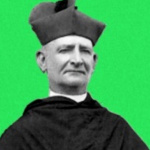 Colour green, named after Fr Michael Clancy, an Augustinian priest who was the longest serving Parish Priest in Innisfail (from 1895-1931). Fr Clancy played an important part in the development of Innisfail as well as our Mother of Good Counsel Catholic Church.

Colour red, named after Blessed Marcellin Champagnat who founded the Marist Brothers, a group of men who dedicate themselves to the Christian education of young people. The name reminds us that boys’ Catholic education in Innisfail was primarily in the care of the Marist Brothers. 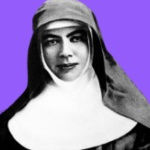 Colour purple, named after Blessed Mary MacKillop, founder of the Sisters of Saint Joseph. This order of nuns helped educate the poor and disadvantaged in Australian society. In 2010, she was named Australia’s first saint, St Mary of the Cross.

Colour blue, named after Bishop Bede Polding, the first bishop of New South Wales, who arrived in Sydney in 1835. He organised the care of needy women in the Colony. He sponsored a group of young women who became the Sisters of the Good Samaritan. The name reminds us that girls’ Catholic education in Innisfail was originally the responsibility of this order of nuns.

Also in this section